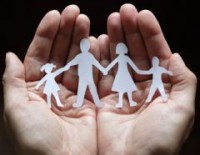 Twenty years ago when I first disclosed to my family that I had been sexually abused by my brother as a child, I never would have guessed it would mark the beginning of a long, confusing struggle that would leave me feeling misunderstood, dismissed and even punished for choosing to address my abuse and its effects. The response from my family did not start out this way. Initially, my mother said the words I needed to hear: she believed me, she was pained for both her children, and she was sorry. My brother acknowledged the truth and even apologized. But as I continued to heal and explore the abuse further, my family members began to push back in ways that hurt me deeply and only became worse as the years went on.

Disclosure of sexual abuse can be the beginning of a whole second set of problems for survivors when family members respond in ways that add new pain to old wounds. Healing from past abuse is made more difficult when one is emotionally injured again in the present, repeatedly, and with no guarantee that things will improve. Adding to this pain, family members’ responses often mirror aspects of the abuse itself, leading survivors to feel overpowered, silenced, blamed and shamed. And they may carry this pain alone, unaware that their situation is tragically common.

1. Denying or minimizing the abuse

Many survivors never receive acknowledgment of their abuse. Family members may accuse them of lying, exaggerating or having false memories. This negation of a survivor’s reality adds insult to emotional injury as it reaffirms past experiences of feeling unheard, unprotected and overpowered.

One might assume, therefore that recognition of their abuse would go a long way toward helping survivors move forward with their families. That is one potential outcome. However, acknowledgment does not necessarily mean that families understand or are willing to recognize the impact of sexual abuse. Even when perpetrators apologize, survivors may be pressured not to talk about their abuse. In my case, I was chastised and directed to stop telling my brother that I needed him to understand and take responsibility for the lasting damage his actions caused me. While I appreciated the recognition that I was telling the truth, my brother’s apology felt meaningless and was negated by his actions afterward.

2. Blaming and shaming the victim

Placing blame on the survivor, whether overt or subtle, is a regrettably common response. Examples include questioning why victims did not speak up sooner, why they “let it happen,” or even outright accusations of seduction. This shifts the family’s focus onto the survivor’s behavior instead of where it belongs — on the perpetrator’s crimes. I experienced this when my brother lashed out at me, after I expressed anger toward him over the abuse, and told me that I was choosing to “be miserable.”

Embedded in societal attitudes, victim-blaming can be used as a tool to keep survivors quiet. Because sexual abuse victims often blame themselves and internalize shame, they are easily be devastated by these criticisms. It is vital, for survivors to understand that there is nothing anyone can do that makes them deserve to be abused.

3. Telling survivors to move on and stop focusing on the past

These messages are destructive and backward. In order to heal, survivors need to be supported as they explore their trauma, examine its effects, and work through their feelings. Only by dealing with the abuse does the past begin to lose its power, allowing survivors to move forward. Pressuring survivors to “move on” is another way that family members avoid addressing the abuse.

4. Shutting down their voices

Throughout my childhood and adolescence, I had a recurring dream that I tried to make a phone call but couldn’t get a dial tone, connect the call, or find my voice. These dreams stopped once I began to consistently speak up for myself and I found people who wanted to hear me.

But as most of the behaviors on this list show, families often reject or ignore survivors’ stories of abuse as well as their feelings, needs, thoughts, and opinions. Survivors may be accused of treating family members poorly because they call attention to the abuse, express their hurt and anger, or assert boundaries in ways they never could as children. They are often told to stop making trouble when they are in fact pointing out trouble that has already been made.

Some families leave survivors out of family events and social gatherings, even while their abusers are included. This act has the effect (intended or not) to punish survivors for making others in the family uncomfortable and is another example of the kind of upside-down thinking that unhealthy families engage in. As I know from several experiences in which I was not invited to my own mother’s birthday parties, the injustice of being excluded is extremely hurtful.

Family members may claim they don’t want to take sides between survivor and perpetrator. However, staying neutral when one person has inflicted damage on another is choosing to be passive in the face of wrongdoing. Survivors, who were left unprotected in the past, need and deserve to be supported as they hold abusers accountable, and shield themselves and others from further harm. Family members may need to be reminded that the abuser committed hurtful acts against the survivor, and therefore neutrality is not appropriate.

7. Pressuring survivors to make nice with their abusers

I have no doubt that I would have been welcome at my mother’s birthday parties if I had been friendly to my brother and acted as if the abuse was merely water under the bridge. But of course, I was not willing to accept his refusal to respect my feelings or grasp the weight of what he had done to me.

Survivors should never be asked to face their perpetrators, especially for the sake of others’ feelings or in the interest of brushing abuse under the rug. Pressuring them to do so is an obvious repeat of the abuse of power that was exerted upon them at the time they were violated, and is therefore destructive and inexcusable.

There are many reasons family members respond in harmful ways, which may not be ill-intentioned or even conscious. Foremost is the need to maintain their denial about the sexual abuse. Other reasons include concern about family appearance, awe or fear of the perpetrator, and complications posed by other problems within the family, such as domestic violence or substance abuse. Guilt for not recognizing the abuse at the time or for failing to stop it may also contribute to family members’ denial. Some may have a history of victimization in their own past which they are not able, or ready to address. And some family members may even be perpetrators themselves.

Faced with these types of behaviors, survivors may sometimes be tempted to give in simply to end the repercussions and avoid losing their families altogether. But whether or not survivors struggle against unhealthy dynamics and hurtful family reactions, they will continue to be affected by them. The pain of backlash from family is rarely as high a cost as the sacrifice of a survivor’s truth.

I know firsthand how painful this “second wound” can be. Had I been better prepared for what lay ahead after my disclosure, I might have been spared years of sadness, frustration and struggle against unchanging family dynamics. Fortunately, I have learned never to compromise what I know to be true, or what I deserve.

See the original article in PsychCentral.

Your ticket for the: 7 Ways Family Members Re-victimize Sexual Abuse Survivors (as seen on Psych Central)