If you are a survivor or abuse – or any kind of trauma, I have something to tell you. Are you ready? Here goes. The only authority on what YOU need…is you. Boom. This might seem like an obvious statement to some. But if you’re a survivor, you may find these words to be a breath of much needed fresh air – or even a radical concept.

It’s easy to lose touch with the obvious when you’re living with the after-effects of trauma. Our world can feel upside-down. We survivors know what it’s like to feel blamed for what happened to us. Anything from being told we brought it on ourselves to naive questions like “why did you choose to be there?” or “didn’t you fight back?”

On the phone with my mother one day, I gave her an earful of complaints about the recent behavior of the brother who had sexually abused me when we were kids. This was a recurring theme of our conversations – and they never seemed to go anywhere constructive. After some back and forth that left us both frustrated, my mother sighed and asked in an obviously exasperated voice, “What is it you want, Miranda?”

The words came tumbling out with no hesitation: “I want him to take responsibility for what he did to me.”

There was a pause. And then my mother (who’s a therapist, by the way) told me, “I don’t know what you mean by responsibility.”

I was floored. How could she not know? I had explained in every way I possibly could, over countless conversations, letters, and emails, what I needed from my brother in order to feel respected and heard instead of maligned and rejected for speaking up. I happen to have pretty good communication skills, which made my mother’s inability to comprehend my needs extra exasperating. It was a depressing moment as I realized it was probably pointless to keep trying.

Over time, my mother and other family members had repeatedly made my brother’s case to me. “He’s a good person,” our mother insisted. It always made me wince to get confirmation that her enormously high opinion of her only living son was not dampened by the deep hurt his behavior caused me. Over the years since I revealed the abuse, she had relayed his assertions that he was getting help, that he was deeply regretful about what he’d done, and of course he cared about the pain he had caused me, and how I was doing now. Nevermind that his actions toward me conveyed quite the opposite.

Then one day, my therapist’s words pulled me back into the right-side-up world with a few words. I had just finished tearfully describing my mother’s defense of my brother in which she argued that he was adequately addressing his part in my abuse. My therapist, Susan sat up in straighter in her upholstered chair and opened her eyes wide. “Aren’t YOU the only person who can decide that?” she asked, sounding incredulous.

Readers, I was honestly stunned. Her point was so logical, so obvious. Why had I never thought of it that way? I was getting a reminder of how I’d been affected by all that exposure to my family’s upside-down thinking. It took Susan to set me straight.

I was so used to people telling me to be more forgiving and less vocal about my feelings, that I was too angry or focused on the past. But ever since that day, I recall Susan’s words whenever I need a reality check about my family members’ attitudes versus the truth about what I know I deserve.

I deserve to be the authority on what I need, period. You do too. Don’t forget it. 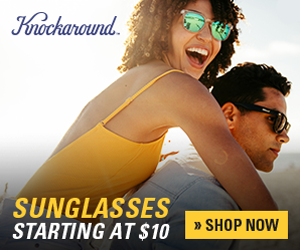 Your ticket for the: The Question Every Survivor Deserves to Be Asked