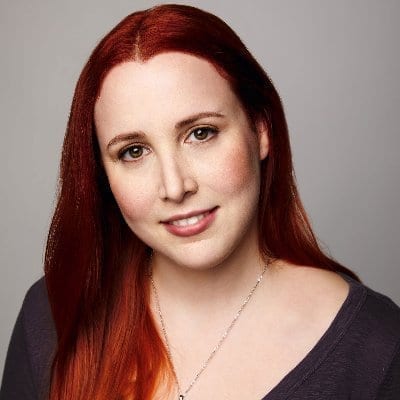 I did a double take to make sure I read this right, appalled that the magazine was equating Dylan’s stated memories of sexual abuse by her adopted father with his dismissals of her statements as “ludicrous,” as well as his characterization of Mia Farrow as a vengeful, spurned wife who planted Dylan’s memories and lied to the court — none of which seem to be supported by the official records, the timeline of events, nor the opinions of objective players in the case.

I am truly disappointed that New York Magazine chose to publicly slam Dylan Farrow for telling her story. There is no convincing reason to believe that she is lying; therefore, she deserves the benefit of the doubt. Looking carefully at the facts, including the reporting of the highly regarded and credible Maureen Orth in Vanity Fair, it is actually Woody Allen’s behavior that appears suspicious, if not sinister.

Meanwhile, Dylan Farrow has every right to speak up about the man who allegedly violated her trust and her body when she was a small child, as well as the personal hurt she feels when witnessing the hero worship of her father among his colleagues in Hollywood. This veneration of the man behind the work simply fails to factor in his dubious past, an all too common phenomenon in the entertainment world. Even if we reserve judgment on the sexual abuse allegations, let’s not overlook the fact that Woody Allen makes no apologies for his sexual relationship with a then 20-year-old Sun Yi Previn.

Marrying a woman 35 years his junior and barely out of adolescence is deserving of our collective raised eyebrows at the very least, as well as consideration of its relevance to his daughter’s claims.

This story gets a lot of attention, at least in part because it is about celebrities. But we must not lose sight of the fact that this subject matter is vitally important. Sexual abuse is a frighteningly pervasive and destructive problem. It impacts far too many people, and thrives in darkness and silence. Our children are vulnerable unless we are aware of this danger and become diligent about their protection (and sometimes, sadly, even then). Bringing incidents out in the open and naming perpetrators is the only way to prevent sexual abuse from proliferating unchecked. As responsible, caring citizens and guardians of our youth, we must err on the side of caution when making judgments about whom to trust. The emotional well-being of our culture depends on it.

As a social worker and someone who has been personally impacted by this issue, I know that coming forward is an essential aspect of the healing process. In order to achieve true mental health, survivors work to understand that the burden of shame, which infects the lives of victims and causes damaging effects, belongs solely to the perpetrators of abuse. Speaking up is an important step for survivors, but one that also creates vulnerability.

When survivors summon the courage to come forward and tell their stories, we owe it to them and ourselves to pay attention. Not every claim will be true and it is only right that we obtain the available information before making up our minds. But with so much to lose — including counter-accusations, widespread criticism and the hurtful non-reactions of others that Dylan describes (all of which are surprisingly common) — those who speak up deserve to be heard and respected. When survivors are doubted and attacked, the evil of sexual abuse is given quarter and its danger is increased.

Unfortunately, brave young women like Dylan make easy targets. She stands up against a man with a lifetime of professional accolades, wealth and fame. Having grown up watching Annie Hall, I know firsthand how Woody Allen’s movies hold a place in the heart and personal histories of so many, making him a darling in America and abroad. When we entertain the veracity of Dylan’s claims, it is difficult to accept the stain on the memories we have attached to the man and his movies.

But it’s nothing compared to the pain that I believe Dylan Farrow endured and bravely worked to heal from. I support not just Dylan, but all survivors who face the truth about sexual abuse and the insidious damage it inflicts on the psyche, who stand up to the twisted power inflicted by abusers and help shine a light on this issue.

Woody Allen’s behavior may truly be “despicable.” But Dylan Farrow deserves to be in New York Magazine‘s “brilliant” category for her courage, as well as the comfort and strength her words give to so many. I stand behind Dylan and I call on others to do the same, no matter how uncomfortable the subject matter. We can only make headway against the epidemic of sexual abuse when outspoken survivors are accorded the respect they deserve — and like Dylan Farrow, refuse to be silenced.

Your ticket for the: Dylan Farrow Waited a Long Time to Be Heard