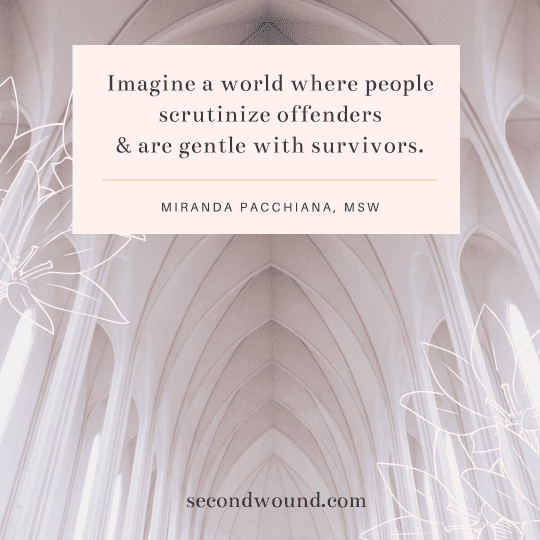 In today’s system, naming perpetrators comes with significant risk. From a legal perspective, survivors can be sued for defamation and get buried in legal fees, even if they win their case. Rape victims are frequently disbelieved by law enforcement and actually run the risk of being prosecuted themselves for false reporting, outrageous as that sounds. If the crime was work-related, survivors may be ostracized on the job or fired, their reputations smeared and their livelihoods affected. When the offender is a romantic partner or family member, victims may be dependent on them financially and/or emotionally, and afraid of direct retaliation if they report.

And then there’s the family fallout. As my readers know, I’ve created an entire platform around the ways families re-victimize survivors, a phenomenon I call the second wound. Survivors’ own family members refuse to believe (or minimize) our trauma, blame, shame and ostracize us, treat us like troublemakers, and favor our abusers.

When an abuser is high-status and/or wealthy, all of the above consequences become more likely. And they often are. With power and money comes a greater opportunity to offend, and a lesser likelihood of being held accountable.

Of course, we don’t live in the world I’m asking you to imagine. Not yet. But on the podcast episode released today, An App to Track Offenders of Sexual Violence, I speak with creator Ryan Soscia about a potentially powerful tool in the quest to identify repeat offenders and hold them accountable. The JDoe app offers victims the chance to name perpetrators anonymously and safely, avoiding many of the risks I outlined above.

I hope you will give it a listen, and then help spread the word. The more eyes we get on the app, the more victims who will enter their information, and the more we can curb sexual violence by working together.

That world I asked you to imagine is within our reach. We can give survivors the protection they need to tell the truth and prevent further crimes. So let’s get to work. 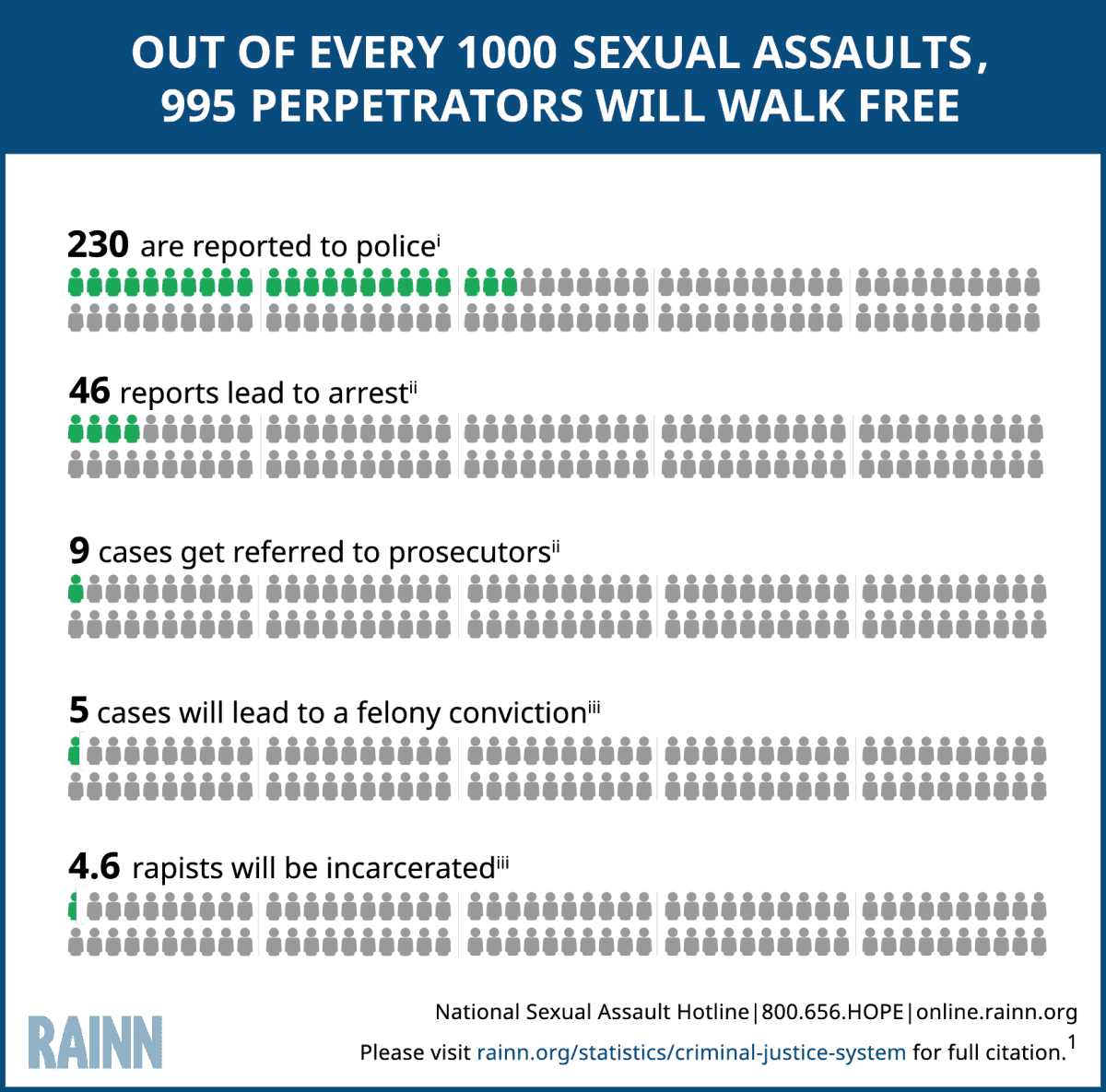